No Sunshine has released a 3rd studio Album, Digital Redemption, that is now available on all major streaming platforms.

Sit in my Room

No Sunshine is a band with a focus on creating progressive metal music.

Hailing from Jackson, Mississippi, the group set out to refine their original sound, incorporating a wide range of influences into their songs. The band’s concept is to create music that’s groundbreaking and direct, without any barrier or genre definition. It’s really all about keeping the music fresh and challenging, with ever-evolving textures and groundbreaking patterns.

The group formed in 2017, and they developed a sound influenced by artists as diverse as Nirvana, The Architects, and Queens Of The Stone Age, just to name a few. One release at a time, the group expanded their sonic portfolio with new ideas, up until now, as the band keeps gearing up to introduce new elements into their sound.

Recently, No Sunshine released a their 2nd full length album titled 'Into A Brave New World' as well as released a video for 'Atheos'. 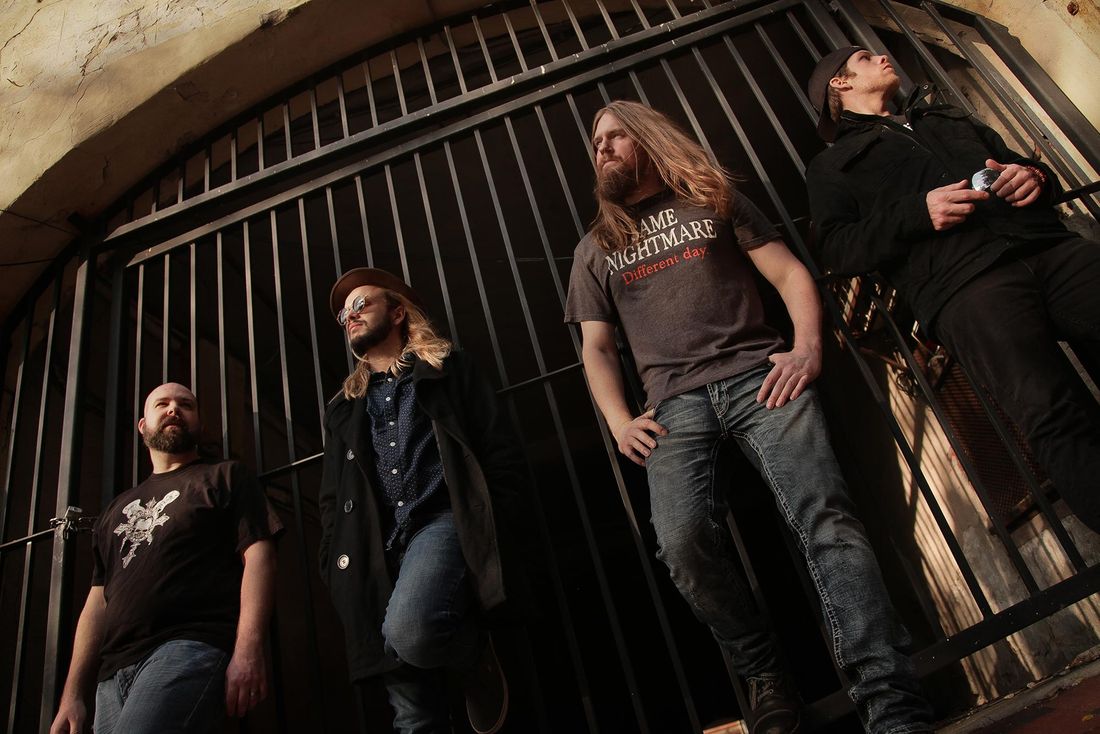 No Sunshine is a progressive rock band from Jackson, MS that was formed in 2017.

Originally started as an solo project, the band formed during the recording process for the debut album “Watch the World Fade”. The band members include Bryan Keith, Casey Adams, Levi Culpepper, and Terrence Geno.

The album “Watch the World Fade” was released by the band on September 3rd, 2018. It was accompanied by a music video for the single “Fit In” and was followed up with another single titled “Reject” which also featured a music video. Both music videos accumulated around 400,000 views on various social media sites and can be viewed on the music video section.

After the debut album release, the band immediately started working on a follow up album titled ‘Into a Brave New World”. The first single “Stand Alone” premiered on Vicksburg's V105.5 FM radio station as part of the Mississippi Music Show which highlights local Mississippi Talent.  The 2nd full length album was released on July, 9th, 2020.

A detailed biography is available in the about section.

All previously released albums from No Sunshine can be purchased in the No Sunshine music store. These releases are also available digitally at all major music outlets. All studio recording was done at Isometric Studios located in Madison, MS. Mastering was done by SAGE AUDIO in Nashville, TN.

The new single ‘Sunshine” from the “Into a New World” sessions WAS released on October 4th, 2019. A music video for the Title TRACK "Sunshine" WAS released on VEVO on September 20th, 2019.

All band updates and future announcements will be posted on the blog first and then distributed to all official social media accounts. Please sign up for the mailing list if you would like updates delivered to your inbox. You will also get a free download of "The Setting Sun" when you subscribe! The song "The Setting Sun" was released on 2018's "Watch the World Fade".

All inquiries should be directed to the Contact Us form. If you have any questions, or just want to say hi, then we'd love to hear from you!

If you are part of the media, then please see the EPK - Press Kit.

We'd like to thank each and every one of you who have supported this project thus far. Each and every email that you send means the world to us. We'd also like to thank our families who have been extremely supportive over the course of the past two years as we have spent many nights away from them as we were working in the studio. Thank you for all your kind words and support!